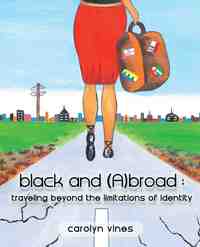 When American expat Carolyn Vines arrives in the Netherlands with her Dutch boyfriend (and future husband) she's unsure how she'll be treated as a foreigner, a Black person, a woman.

Her partner's response comes to encapsulate her entire experience, "It's Holland, Carolyn, not America."

With those words echoing in her ears, Vines sets out to make the Netherlands her home. In the process, she finds herself on a journey that forces her to explore every facet of her identity, including race, gender, nationality and her roles as wife, mother, daughter and sister.

In her novel, Vines adroitly captures challenges, both large and small, inherent in adapting to life in a different culture.

She recounts periods in which she eagerly tackles Dutch language lessons intent on gaining fluency, in which she navigates the intricacies of finding rewarding employment and in which she trades in city living for the suburban lifestyle.

No stranger to racism throughout her life, Vines writes poignantly of how moving abroad illuminates discernible differences between Dutch and American culture. As she chronicles her immersion into Dutch life, Vines confronts her past and struggles to deal with long-held perceptions of her own identity.

It is only in looking back that she is finally able to come to terms with the tragedy and suffering of her childhood, her struggles to establish herself in academia, the painful loss of a stillborn child, and the belief that any chink in the armor of her presentation as an infallibly strong Black female was unacceptable. Vines shares:

'My guilt for surviving the past and building a healthy, functional, happy life for myself and my family kept pulling me back... I gave myself permission to continue to shape my life around the new identity I was forging that would focus on where my life was going rather than the tragedies of my childhood.'

The distance from her previous life and the life she carves out in the Netherlands is great, both literally and figuratively. "Black and (A)broad" offers a heartfelt and valuable reminder that moving outside our cultural homeland often offers the perspective necessary to reevaluate all aspects of our identity.

Writer and American expat Linda A. Janssen currently lives in The Hague, The Netherlands. She writes on expat issues and at her Expat Arrivals 2011 Great Blog award-winning website Adventures in Expatland.