Expats moving to Denmark will find that despite being a small country – with a population of just over 5.7 million people – it has a complex underlying character.

Denmark comprises more than 400 islands, and while the Jutland Peninsula shares a land border with Germany, most of the population live on islands. Only 70 of the islands are populated, and the largest, Zealand, is where Denmark's capital, Copenhagen, is located, and where around ten percent of the country's population lives.

Denmark is an increasingly popular expat destination, as the Danish government, industry and higher education institutions are all keen on greater internationalisation.

Generally, Denmark is a high wage, tax and welfare economy. The labour market is governed by the concept of 'flexicurity', which means that government policy and labour market legislation are guided by a high degree of market flexibility while providing substantial security through the welfare system.

Denmark has one of the lowest low-income inequality measures among OECD countries – that is, the gap between senior executives and factory floor workers is smaller than most other places. It must be said, however, that the cost of living in Denmark is high.

The Danish language is closely related to Swedish and Norwegian. It is not unusual to find a Dane and a Swede conversing together quite happily, each in their own language, each understanding the other but neither wanting to adopt the other’s tongue. English is compulsory in secondary schools and most people, particularly in urban areas, can speak it well. This makes it is quite easy for expats to be lazy about learning Danish, even though local authorities provide free or subsidised language courses to a high level. Danish hosts will nevertheless appreciate at least some effort being made to get to grips with their language. Furthermore, despite many larger companies adopting English as their company language, it remains difficult to do as well career-wise without at least some Danish.

Despite its small size, Denmark has much to offer expats in terms of culture, sport and outdoor life. Visitors are often surprised at how unpopulated some parts of the country are. Being a peninsula and a series of islands, there is no shortage of coastline and water-based activities are very popular. Denmark is also in a fantastic position for regional travel, with land and sea links to countries such as Germany, Sweden, Norway, Poland and the UK.

"I love the city’s vibe. There is an amazing mix of old and modern architecture, plenty of small cosy cafés, bikes everywhere and a unique culture in each neighbourhood." Read more about Astrid's expat experience in Copenhagen.

Are you living in Denmark? We are always looking for local "expat experts" to contribute to our Denmark guide and to answer forum questions for people moving or planning to move to Denmark. Please contact us if you would like to contribute.

Are you an expat living in Denmark?

Expat Arrivals is looking for locals to contribute to this guide, and answer forum questions from others planning their move to Denmark. Please contact us if you'd like to contribute. 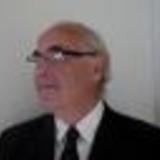 Tom first visited Denmark more than thirty years ago and settled here permanently in 2008. During that time he has taken advantage of the excellent Danish higher education system by spending two years undertaking an MA, worked with some really interesting Danish companies, both large and small, and now runs his own coaching and change management company specialising in supporting expats and trailing expats. Website: www.changecoachdk.com