Apart from the heat, some of the first things that new expats moving to Ghana will notice are the friendly people and laid-back culture. Whether moving from North America, Europe or even from nearby West African countries, newcomers seem to enjoy Ghana's relaxed atmosphere. From Accra, the country's coastal capital, to its dusty northern towns bordering the Sahara Desert, Ghana is relatively quiet and peaceful.

Safety in Ghana isn't a huge concern as the country generally suffers less from crime, corruption and political instability than its neighbours and other Sub-Saharan African countries. However, healthcare in Ghana is of variable quality and private health insurance is a must.

The expat community in Ghana has grown over the years and is quite diverse. Lebanese traders who have been in the country for generations have been joined by Christian missionaries, diplomats, aid workers and, more recently, professionals in the private sector. That said, the entire foreign community only constitutes a small proportion of the total population.

People move to Ghana for many reasons. Some expats in Ghana want to ‘give back’ by volunteering and making a difference in Africa. Many of these volunteers pay their way to Ghana and exist on a small stipend over their two-month to two-year stay.

Conversely, an increasing number of expats are flooding into the country to work as a result of the growing hydrocarbon, telecommunications, mining and transport industries and attractive jobs in the service sector. Highly skilled foreigners will find that salaries often exceed those in their home countries for the same work and that companies often view Ghana as a hardship posting which brings additional financial benefits.

Schooling in Ghana can be a concern and most expats will need to ensure that an education allowance is provided by their sponsoring company or diplomatic mission. The local school system is modelled after the traditional British system and corporal punishment was only recently banned. However, there are some excellent private international schools in Accra and other large cities but enrolment is limited and tuition is expensive.

Getting used to the weather in Ghana can be a challenge. There are year-round temperatures of between 77°F (25°C) and 100°F (38°C) and an average humidity of 85 percent. The only distinction in seasons is precipitation with heavy rainfall during summer.

The state of public transport in Ghana also takes some getting used to, and it's highly unlikely to be as efficient as some expats may be used to. Otherwise, water and electricity in Ghana are not reliable and most expats living in standalone houses might need to install generators, water pumps and storage tanks for when the mains supply fails. Life without functioning air conditioning in Ghana is difficult. However, accommodation in Ghana is varied and can be quite comfortable.

There are a few modern hotels and beach facilities in Ghana for expats to enjoy, and a small but growing list of continental restaurants and nightlife venues popping up in the main cities of Accra, Takoradi and Kumasi.

With many parts of the Sub-Saharan Africa region emerging as markets of the future, Ghana is proving a favourite destination for expats. In particular, the instability in neighbouring countries has propelled Ghana to the forefront as a viable alternative for families seeking an African experience in a stable, safe environment.

With a little patience and time to get to know the local culture and customs, expats should settle into Ghanaian life quite well.

Neighbouring countries: Ghana is bordered by the Ivory Coast to the west, Togo to the east and Burkina Faso to the north as well as its Southern regions along the coast.

Geography: Ghana is a geographically diverse country which encompasses plains, low hills, rivers and lakes. Lake Volta is the world's largest artificial reservoir. Ghana can be divided into four different ecoregions: the coastline; the forested plateau region consisting of the Ashanti uplands and Kwahu Plateau; the high plains in Northern Ghana; and the hilly Akwapim-Togo range on Ghana's eastern border.

Main languages: English (official) as well as many local languages, the most widely spoken of which is Akan.

Major religion: Christianity. All other religions are tolerated in Ghana and people are free to exercise the religion of their choice.

Money: The Ghana Cedi (GHS), divided into 100 pesewas. The US Dollar (USD) is widely accepted in the main cities and tourist areas. Many international banks are represented in Ghana. ATMs are commonplace in the cities but are harder to find in more rural locations. Ghana is a predominantly cash-based economy and due to the prevalence of credit card fraud, it is unwise to use cards too liberally.

Tipping: While it is not protocol, a 10 percent tip for good service is appreciated.

Emergency contacts: 112 hotlines for police, fire and ambulance, although older numbers of 191 or 18555 for police, 192 for fire, and 193 for ambulance emergencies still function. Emergency services are somewhat limited outside of major cities in Ghana.

Transport and driving: Cars drive on the right-hand side of the road in Ghana. While public transport networks do exist in Ghana, they are generally poorly developed and traffic can be chaotic. Within cities, taxis are an inexpensive way to get around.

►Thinking about looking for a job in Ghana? See our Working in Ghana guide

"We enjoy our family life, our extended Ghanaian family and our friends". Nansie, an American who moved to Accra, shares her experiences of life in Ghana. Read her interview here.

"I enjoy the people, the creativity of the artisans, and the fact that I have built up a successful business which supports me and a number of other people". Canadian expat Trish moved to Accra by herself after living in Nigeria. Having lived in Ghana for a long time, she has watched the country develop and grow. Read her interview here.

Are you an expat living in Ghana?

Expat Arrivals is looking for locals to contribute to this guide, and answer forum questions from others planning their move to Ghana. Please contact us if you'd like to contribute. 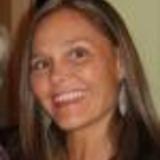 I'm a writer at heart with a double life as a regional sales manager in the telecoms industry in Africa. My work and social life take me around the continent, and provide me with a plethora of interesting material to ramble about, which I try to do at least weekly on my blog, Holli's Ramblings.