Interview with Linda – a Dutch expat living in Spain

Linda is a 28-year-old Dutch woman who moved to Spain almost seven years ago. In the meantime she’s moved twice and gotten married to the Spaniard for whom she moved to the country in the first place. Though this country will never stop surprising her (both positively and negatively), she’s loving the food, beautiful places and people there. Linda shares her experiences of expat life in Spain on her blog, Living the Spanish life, and her instagram page, @lindainspain.

Learn more about Moving to Barcelona, and the country as a whole in our Moving to Spain guide. 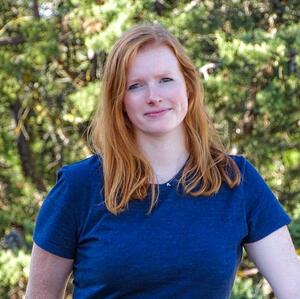 Q: Where are you originally from?
A: I’m from a small town in the south of The Netherlands.

Q: Where are you currently living?
A: I live in Badalona (Catalonia) Spain, which isn't far from Barcelona.

Q: Is this your first expat experience?
A: No, I did an Erasmus exchange programme in 2013 too.

Q: Did you move here alone or with a spouse/family?
A: I moved alone to live with my then boyfriend, who is now my husband.

Q: Why did you move; what do you do?
A: After being in a long distance relationship for around eight months, I decided to make the move to Spain to see if things would really work out with my boyfriend. I booked a one-way ticket and almost seven years later I’m still here.

In Spain, I’ve had different jobs, studied a master’s in tourism management and now I’m working as a marketing manager at a tourism company.

Q: What do you enjoy most about Barcelona?
A: I love the laid-back way of life. I obviously had to get used to it at first, but nowadays I can say I enjoy how the Spanish just take everything a bit easier. No matter what day or time, you’ll always find people on terraces, walking by the beach or just hanging around on the local plaza with their children. (Obviously, things changed during the pandemic, but it’s slowly getting back to normal.)

Q: Any negative experiences? What do you miss most about home?
A: As much as I love how they take it a bit easier, it also really frustrates me from time to time. Getting things done can be a real hassle. When you need to fix some papers at the city hall, there will always be a form you missed or it'll turn out that you made an appointment with the wrong person, and you’ll have to get a new appointment. Bureaucracy is not Spain’s strong suit. I miss the Dutch organisational skills, and my friends and family, of course.

Q: What are the biggest adjustments you had to make when settling into expat life here?
A: I think the language was quite a big issue. Younger people speak more and more English, but most of my husband's friends and family basically speak no English at all. This made things very hard at the beginning. Spanish people have this habit of just talking Spanish to you and hoping you pick up on some things. When you do not speak the language this can be very frustrating. I can proudly say that I’m pretty much fluent now, which makes things a lot easier.

Q: What’s the cost of living compared to home? Is there anything particularly expensive or particularly cheap in Spain?
A: People have this perception of Spain being a cheap country, but I don’t think this is necessarily true. At least not in Barcelona. I do think that basic groceries and restaurants/bars are cheaper than in The Netherlands. But housing is definitely very expensive, both for renting and buying. Taxes on income and property are pretty high, while gas, lights and electricity are way more expensive than back in my hometown. That said, I’ve been told that these prices vary by region.

Q: How would you rate the public transport in Barcelona?
A: I think the transport system is really good! The metro network covers most of the city, it has 10 lines, and a metro comes every couple of minutes. I live in Badalona, but with the metro I can be in Barcelona’s centre in less than half an hour.

Also the bus and tram lines are worth taking a look into! I’ve never used the public bikes, but I’ve heard good things about them.

Q: How would you rate the healthcare in Barcelona? Have you had any particularly good/bad experiences with regards to doctors and hospitals?
A: So, in Spain, if you do your empadronamiento (register at an address at the city hall) you can apply for the social/public healthcare systems. This system is paid for through taxes taken from people’s salaries but is totally free besides that. During the first few years I only used the public system which was totally fine. The doctors and hospitals are of high quality but, as it’s free, waiting times are pretty long. Especially during the pandemic, it’s basically been impossible to get appointments for regular check-ups.

Since the beginning of this year I signed up for private healthcare through my employer. This is pretty common in Spain. Though I don’t think that private is necessarily better than public, it is easier to get an appointment and you can go see a specialist directly instead of having to pass by your regular doctor at the CAP first.

Q: What are the biggest safety issues facing expats living in Barcelona or Spain?
A: Barcelona, like many cities, has issues with pickpocketing, especially on the metro and in crowded places (las ramblas and the beach). Luckily, I’ve never been a victim, but it can really happen to anyone.

Q: How do you rate the standard of housing in Barcelona? What different options are available for expats?
A: I’ve never lived in the city of Barcelona, but in general, apartments are quite old and expensive. New apartments are way out of reach for the people on normal pay. Though the authentic buildings in the city centre are very pretty, I think it’s better to look for housing outside the centre or even in cities around Barcelona to improve your chances of a newer and more affordable place.

Q: Any areas or suburbs you’d recommend for expats to live in?
A: Badalona, Sabadell and Terrassa are great options outside Barcelona.

Q: How tolerant are the locals of foreigners? Have you ever experienced discrimination in Barcelona?
A: I can’t say I have experienced any discrimination here, though this may also have to do with the fact that I immediately got to know my boyfriend’s family and friends. When you’re an expat coming here on your own, I can imagine it might be harder to meet local people. The local people at my (international) companies have always been very excited to meet people from abroad.

Q: Was meeting people and making friends easy? How did you go about meeting new people?
A: I’ve made friends through the university and the different jobs I’ve had. I think it’s very normal for expats to make friends in these circumstances. There are also many expat groups on social media that like to organise get-togethers, activities and trips. There is always someone new in town who would love to meet some friendly faces.

Q: Was getting a work permit or visa a relatively easy process?
A: Because I’m an EU citizen, I didn’t need a visa.

Q: What is the economic climate in Barcelona like? Was it difficult to get a job?
A: Getting a job is not easy, but it’s definitely not impossible. I think you more or less have to accept that at the beginning (if you don’t have any experience yet) you’ll end up doing a job you don’t love. I’ve always had the feeling that Spanish companies pay more attention to your experience than to your education, so it’s important to get that first experience. Now, I can finally say that I’ve been working for some years in a field that I do enjoy. I did have a call centre job which I loathed back in 2015, though.

Q: Is there any advice you would like to offer new expat arrivals to Barcelona or Spain?
A: Spain is worth it. The bureaucratic hassle of getting a NIE, finding a job or a place to live might seem impossible at the beginning, but once you get through it, you’ll truly enjoy living here. The way of life, the climate and the food are amazing and soon your homesickness will get better. Learning the language is very important though. Even if you make mistakes everyday (I definitely do), people really appreciate you trying and it will make life easier.

You can always get in touch with me through my Instagram or blog :)

►Read more about life in sunny Spain in Expat Experiences in Spain.