Interview with Azra – An American expat living in South Korea

Azra is an American living abroad. Since 2015 they have called Busan, the second largest city in South Korea, their home. They give insight on mental health and being a teacher in South Korea. For more insights into Azra's life in Busan, follow them on Facebook. 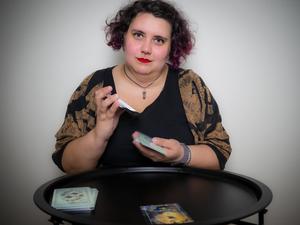 Q: When did you move here?
A: I moved to Busan in 2015, but lived in a small town called Tongyeong for two years before that. All together, I have lived in South Korea for 6 years.

Q: Is this your first expat experience?
A: No, I was an English Camp Counselor in Japan for a summer program through my university before I moved to Korea.

Q: Did you move here alone or with a spouse/family?
A:  I moved to South Korea on my own.

Q: Why did you move; what do you do?
A: I moved to get away from the feeling of being trapped in the service industry in the USA. Most jobs available were only part-time. I also hated driving which was essentially necessary to get anywhere from where I was living. I teach English here!

Q: What do you enjoy most about Busan? How would you rate the quality of life compared to your home country?
A: I love the expat community the most in Busan. It’s easier to make friends as an adult when we’re all sort of forced together. Busan  is a hive of creativity. Outside of that, I’d say the public transportation here takes the proverbial cake. There was no subway and an unreliable bus system where I lived previously. Busan has cheap and fast transit all over the city.

Q: Any negative experiences? What do you miss most about home?
A: There isn’t a great deal of mental health services here. However, this is changing! But, a lot of mental health treatment needs to be kept a secret because it’s considered taboo and can affect your job standing. I miss junk food from home, which is a pretty American response, but Korean snacks just aren’t salty enough.

Q: What are the biggest adjustments you had to make when settling into expat life here? Did you experience any particular elements of culture shock?
A: The lack of personal space was jarring, and still is from time to time. Getting pushed or cut in line is a pretty regular occurrence. I don’t know if I’m acclimating or if it’s gotten better over the years, but it happens much less than it used to.

Q: What’s the cost of living compared to home? Is there anything particularly expensive or particularly cheap in South Korea?
A: It’s cheaper to live here, for sure. Utilities and transportation are cheaper. Insurance and medical treatments are a dream compared to the USA. But fruit is so expensive.

Q: How would you rate the public transport in Busan? What is your most memorable experience of using Busan’s transport system?
A: I love the bus system in Busan. The subway is efficient, but my anxiety flares dramatically underground. I don’t have a most memorable, but any time I befriend an older woman on the bus is a sentimental moment.

Q: How would you rate the healthcare in Busan? Have you had any particularly good/bad experiences with regards to doctors and hospitals?
A: Universal healthcare! I stayed in the hospital here for five days and my bill was the same price as an ambulance ride in the USA would have cost me.

Q: What are the biggest safety issues facing expats living in Busan? Are there any areas expats should avoid?
A: Safety… people get bikes stolen a lot. I’m a white American, so I know I don’t experience South Korea the way others would, so for me, it’s very safe. I have had more issues with other expats than I've had with Koreans. But that answer would be different coming from someone else.

Q: How do you rate the standard of housing in Busan? What different options are available for expats?
A: There are mostly apartments, ranging from studio style to multi-roomed. However, in South Korea, there is a large deposit that needs to be made before you can move in. So, save money if you want to get an apartment in your own name. Most foreign teachers do get accommodation through their schools which also saves a lot of money.

Q: Any areas or suburbs you’d recommend for expats to live in?
A: In Busan, Seomyeon and Haeundae are more expensive but nice areas.

Q: What are your favourite attractions and activities in Busan?
A: I love Busan Citizens Park! Busan Museum of Modern Art is also great.

Q: How tolerant are the locals of foreigners? Is there obvious discrimination against any particular groups? Have you ever experienced discrimination in Busan?
A: Busan is a big enough city that most people kind of ignore each other, but there is still discrimination. Taxis sometimes refuse to pick up foreigners, and some establishments don’t allow foreigners inside. Otherwise for me, and again I’m speaking as a white American, people pretty much look past me as they go about their own days.

Q: Was meeting people and making friends easy? How did you go about meeting new people?
A: Meeting people was easy, but making friends was harder. I’m a bit of an oddball and it took me a long time to open up. I met people mostly at events like spoken word or auditioning for English theater shows.

Q: Was getting a work permit or visa a relatively easy process? Did you tackle the visa process yourself, or did you enlist the services of an immigration consultant?
A: I had a recruiter who helped me a lot for my visa initially. After the first year, my employers helped a lot.

Q: What is the economic climate in Busan like? Do you have any tips for expats looking to find a job? Which resources did you find most useful?
A: If you’re a teacher, make sure you have all your documents ready to go in order to begin the visa process. There are lots of jobs here, but the “good” ones have loads of competition. Brush up your interviewing skills and show you’re serious about work.

Q: How does the work culture differ from home? Do you have any tips for expats doing business in Busan or South Korea? Did you have any particularly difficult experiences adapting to local business culture?
A: The hours are longer here, and there is a big emphasis on staying at work until your boss leaves for the night. It doesn’t really apply to most foreigners, but sometimes can.

Q: Is there any advice you would like to offer new expat arrivals to Busan or South Korea?
A: Take a day or two and let yourself get lost. Put yourself out there and go to events you’ve always wanted to be part of.