Getting Around in Amsterdam

Getting around in Amsterdam becomes easy once expats get to know the city, thanks to its extensive public transport system consisting of buses, trams, trains and a metro.

The road signage is clear, abundant and helpful in traffic for pedestrians, drivers and cyclists alike, and all bus and tram stations have maps, schedules and lists of stops to help expats when they aren’t sure which way to go.

If they get lost, expats can always ask the locals, as most speak English fluently and are generally happy to help.

Amsterdam's public transport is based on zones, and costs get higher with distance, especially when crossing zones. There is an equal base price for any trip, and additional costs are added to that.

The OV-chipkaart smart card system can be used for payment on all kinds of public transport in Amsterdam, and there are different types of cards available, ranging from daily to yearly subscriptions.

It’s important that expats remember to check in and out with their cards when getting on and off public transport, which is done by holding their OV card up to the card readers when they board and get off.

An extensive tram network covers central Amsterdam, with trams arriving frequently and reliably. However, during peak traffic times, this can be a slow way to travel.

The bus network in Amsterdam mostly covers the city’s periphery and extends beyond it to other cities. Some streets are only covered by buses.

Day buses and trams stop running around midnight, after which night buses take over on some routes. Night bus tickets are pricier and waiting times are longer than for daytime transport.

The metro system in Amsterdam is well maintained but isn’t as extensive as trams or buses and doesn't cover the whole city. It is, however, the fastest way to get around.

Trains in Amsterdam are useful for regional and international travellers, with the line connecting central Amsterdam to Amsterdam Airport Schiphol being especially popular. There are also trains linking Amsterdam to surrounding Dutch towns as well as international destinations such as Belgium, France and Germany.

Taxis can be found at taxi ranks or ordered by telephone. It’s quite difficult to hail a taxi on the street, which carries the risk of getting an unofficial taxi at an exorbitant price. All licensed taxis have a blue number plate. Ride-hailing applications such as Uber are available in Amsterdam and are in some cases the quickest and easiest way to catch a taxi.

It’s not necessary to own a car in Amsterdam unless expats want to travel outside the city regularly.

Driving to work isn’t a good option because parking is expensive and difficult to find. The streets are narrow and the authorities do their best to discourage usage of cars – between parking permits, road taxes, insurance and fuel, it gets expensive.

When a car is absolutely needed, there are various car-sharing and rental services for quick transport or longer trips.

Walking around Amsterdam is easy. It isn’t a big city, and most of the time the distance between places can be covered on foot.

When they’re walking, expats should make sure they don’t confuse cycle paths with the sidewalk, which is a common mistake newcomers make. The difference between the two is always the colour used for the pavement. Cycle paths are usually crimson or marked with a bicycle sign. Expats should look out for these signs, as cyclists are generally in a hurry and don't stop for anyone, which leads to collisions.

Amsterdam is a bicycle-friendly city and cycling is one of the best ways to get around. The so-called bakfiets are popular – these cargo bicycles have an open or enclosed box that’s used to carry children, pets and shopping bags.

►For info on getting around nationally, see Transport and Driving in the Netherlands

Are you an expat living in Amsterdam?

Expat Arrivals is looking for locals to contribute to this guide, and answer forum questions from others planning their move to Amsterdam. Please contact us if you'd like to contribute. 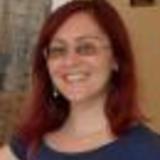 As a new Amsterdamian, I try to create a relationship with this mysterious city. I love it and can’t get enough of it. Everywhere I look, there’s something beautiful. I walk, I see, I take photos, I share. My blog is an invitation for you to join me in my journey through Amsterdam, to get to know together the life, the people, the streets and all the hidden corners.