Cost of Living in Bucharest

Salaries in Bucharest are much lower on average than what many expats from Western Europe or North America may be used to. This is offset by the low cost of living in Bucharest.

Bucharest was ranked 164th out of 209 cities in the 2019 Mercer Cost of Living Survey. Bucharest has the highest cost of living in Romania. Prices anywhere outside of the city are generally cheaper.

Cost of accommodation in Bucharest

In terms of accommodation, rent for a one-bedroom or studio apartment in Bucharest is typically lower than in other European cities but is expensive by Romanian standards.

Property prices can vary greatly depending on the area and type of home. As with most cities, the further away from the city centre one goes, the cheaper accommodation becomes. Most expats in Bucharest rent apartments and houses, with the cost of rent being dependent on the size of the apartment or house and whether it is furnished or not.

A further expense is the cost of utilities, which is generally not included in rental agreements and which varies between the winter and summer months.

Cost of transport in Bucharest

The metro is the most popular means of transport in Bucharest. It's possible to buy daily, biweekly or 62-trip cards, which make travelling on the metro cheaper.

Taxis are inexpensive in Bucharest. Those having to commute will find that cars are affordable, although maintaining a car can be expensive.

Cost of schooling in Bucharest

Schooling in Bucharest can range from free (for public schools) to very expensive (for international schools). Seeing as the language of instruction in public schools is Romanian, most expat parents do not choose this route for their children.

Cost of entertainment in Bucharest

The cost of entertainment in Bucharest depends entirely on where one goes. The old city centre caters to many tourists, expats and well-to-do locals, meaning that the prices are at the higher end. Prices at a neighbourhood bar or restaurant are generally half the cost. Movies are reasonably priced and there are many concerts and museum exhibitions, many taking only a nominal fee for admission.

Cost of living in Bucharest chart

Note that prices may vary depending on location and service and are based on average prices in Bucharest in January 2020.

►For an overview of the city, read Moving to Bucharest

Are you an expat living in Bucharest?

Expat Arrivals is looking for locals to contribute to this guide, and answer forum questions from others planning their move to Bucharest. Please contact us if you'd like to contribute. 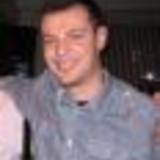 Matt is a Canadian expat living in Transylvania, Romania. He moved to Romania because of his job but was actually returning to the country of his birth. Matt loves life in the tranquil city of Cluj-Napoca and has found that he was able to rediscover his culture by interacting with the warm and friendly locals.