Areas and suburbs in Tokyo

At first glance, it may seem impossible for an expat moving to Tokyo to consider where to live in a city that's one of the largest on Earth and also one of the most expensive.

Tokyo is a massive metropolis made up of small distinct neighbourhoods, several of which form a ward or ku. Though there are 23 wards in total within Tokyo, expats tend to live in only three: Minato, Shibuya and Meguro.

These areas and suburbs in Tokyo are ideal for expats who prefer a locale that can offer plenty of international interaction as well as supermarkets and shopping options that shelve familiar items from home.

Factors to consider when choosing an area or suburb of Tokyo

Most foreigners search for housing in Tokyo with the guidance of a real estate agent, which can be a great advantage for expats needing to understand all there is to know before making a final decision about accommodation.

There's a long list of factors to consider when choosing which house to make one's home in Tokyo. In many cases, the most important variables may differ dramatically from what took priority in an expat's home country.

Most people living in Tokyo choose not to own a car, so access to public transport will be a priority. It's also important to consider commute to and from work or school for those with children. Most people in Tokyo live within the Yamanote Circle as commutes outside this area become considerably longer.

Those moving to Tokyo with children will also need to consider the proximity of an area to good schools. Most international schools in Tokyo are located in the heart of the city. The locations of pre-schools are more varied.

Expats should ensure that when choosing an area that the type of housing they're looking for is available in that area. For instance, Akasaka is made up of mostly high-rise buildings, but it's possible to find some very nice homes in Shirokanedai, Hiroo and Moto Azabu.

Akasaka means "Red Hill" and is home to the US Embassy. Its location is in central Tokyo. It has the reputation of being a business centre during working hours and a nightlife destination after dark. There are even a few geisha houses remaining in this neighbourhood. Since it's a business area, the weekends are blissfully quiet and many families enjoy living here and having the place to themselves when the businesspeople leave. Expats will find state-of-the-art high rises with fantastic views of the city.

The quiet, ancient streets of the Azabu area twist and turn up hills and down alleys, winding around parks with all roads leading to National Azabu – the Mecca of Western food. Expats will find many embassies tucked away within streets adjacent to large homes and small apartment buildings. This area is devoid of the massive high rises so common in other expat areas. If looking for a real prototypical neighbourhood, Azabu has it all. It is, however, one of the most expensive areas to live in Tokyo. Many expat bankers live here with their families. This neighbourhood is jam-packed with green spaces, international supermarkets and pre-schools, shops, cafés, bars, restaurants and foreigners.

The area of Hiroo is often called the gaijin ghetto due to the inordinate amount of foreigners who live in this neighbourhood. There's a varied combination of homes and apartment buildings for expats to choose from, and English-speaking people are more likely to be found in shops and restaurants. Unlike other areas in Tokyo, it's possible to do all one's shopping and errands without leaving. Another nice feature is that the Red Cross Hospital is in Hiroo – the hospital of choice amongst many foreigners.

Shirokane and Shirokanedai (two areas divided by Meguro Dori) are neighbourhoods to consider if wanting to live in a house rather than an apartment. This area is known to be largely residential and not as commercial as the other expat neighbourhoods surrounding it. That said, it's home to Platinum Dori, the main shopping street in the neighbourhood, which features high-end shops and cafés.

Walking in Daikanyama feels different to other areas in Tokyo. The architecture is eclectic, the people are eccentric and the shops and restaurants are quirky. It's said to be one of Tokyo’s best-kept secrets. While it may not be one of the most convenient areas to live in, it is one of the most unique.

Omotesando Dori is akin to the Champs-Élysées in Paris or Fifth Avenue in New York City. It's a beautiful, tree-lined street – quite unique to Tokyo – filled with high-end designer shops and department stores. Many smaller boutiques can be found in the back streets of Omotesando and the neighbouring area of Harajuku. Although Omotesando is primarily a commercial area, there are residential pockets tucked away amongst the boutiques and cafés. If an expat is passionate about the area and willing to settle on something older, smaller and more expensive, this may be a happy compromise.

Foreign residents are mainly drawn to this neighbourhood of residential homes and apartment buildings because of the close proximity to Yoyogi Koen and because it's the last stop on the American School in Japan (ASIJ) bus route to the Chofu campus. Expats will also find bigger homes and the prices are more reasonable than elsewhere. If looking for a more suburban feel, Yoyogi Uehara may be a good option.

No matter where one decides to live, Tokyo is an unbelievably liveable city and a very safe and enjoyable place to raise a family.

Photo credits: Residential district in Tokyo by Fabio Hanashiro. All sourced from Unsplash.

"Shinagawa-ku and Meguro-ku are nice places to live in as they are near office buildings and establishments." Read more of Joan's expat experiences in Tokyo.

Are you an expat living in Tokyo?

Expat Arrivals is looking for locals to contribute to this guide, and answer forum questions from others planning their move to Tokyo. Please contact us if you'd like to contribute. 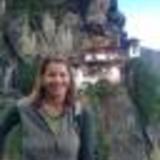 Lisa Jardine is a student in the Master of Arts in Writing program at Manhattanville College. She writes for various Expat magazines and websites in Tokyo including Metropolis Magazine, In Touch Magazine and CNNgo.com. She blogs about life in Tokyo at Wasabi Wabi.