Traders had been doing business in India long before the East India Company emerged on the subcontinent in the early 1600s. Today, multinational corporations flock to the country to augment their business processes and IT services and to search for growth in its burgeoning market. Growth has slowed in recent years, but businesses continue to invest and the Indian economy's future remains bright. But like any emerging market, doing business in India comes with its share of risks and challenges.

India was ranked 63rd out of 190 countries in the World Bank's Ease of Doing Business Survey for 2020. It scored particularly well in the area of protecting minority investors (13th). It also scored well for ease of getting credit (25th) and getting electricity (22nd).

The workweek is traditionally from Monday to Friday, 9am to 6pm, but most Indians don't leave the office until their supervisor does.

English is the main language of business in India.

Suits are expected at an executive level, while smart-casual business dress is appropriate for mid-level managers. Employees often dress casually.

Gifts are appropriate but shouldn't be too expensive. Accept gifts with both hands and don't open them in front of the giver. Invitations to a business associate’s home for dinner are common.

Despite having had both a female prime minister and president, women remain underrepresented in the Indian workplace. However, international businesswomen are generally treated as equals.

In Indian business, trust is more often established through personal relationships than through legal contracts or a company’s reputation. As a result, establishing a strong business relationship without forming a personal one can be difficult. Sharing information about family, speaking about personal hobbies and interests, and spending time outside the office with Indian associates will build the trust needed to sustain the relationship when business negotiations heat up.

The desire to maintain harmony is a hallmark of communication in India. Locals generally prefer to communicate bad news in an indirect manner, especially when communicating with clients and superiors.

Expats unfamiliar with indirect communication often fail to read between the lines which can cause misunderstandings. People in India rarely express a negative response by directly saying "no". Responses like, "yes, but it will be a bit difficult" or "that may be possible – what do you think?" are more common and should be considered the same as a "no".

Asking open-ended questions about the potential problems of a proposal and actively listening for subtle clues can go a long way in avoiding miscommunication.

Most Indian businesses maintain a top-down hierarchy and locals are often very good at negotiating power in business relationships. Status is highly valued in Indian society and people in positions of power are often given greater leeway than the average citizen.

Expats are encouraged to partner with the highest possible level of an organisation and to anticipate delays from both internal and external politics. Expats who can be patient in the face of bureaucracy and respect Indian values will discover that almost nothing is impossible in India.

As is the case in many emerging markets, business objectives in India are often accomplished by adaptation and improvisation rather than by implementing carefully constructed plans. While some expats may prefer to develop contingencies for every foreseeable scenario, locals often place greater emphasis on reacting well to emerging circumstances.

Expats who localise their products and services, as well as their way of doing business, are often more successful than those who try to rigidly implement pre-formed plans. Cross-cultural consultants can be very useful in bridging the gap.

Dos and don’ts of business in India

Tips on Doing Business in India from Local Expats

"The Indian workforce is young, energetic and optimistic about the future. India is a market of consistent growth and huge diversity." Read our interview with Lindsey, a British expat living in India.

"Work is slow and laid back. Almost nothing runs on time. Things are very different in India! It sometimes feels like you have landed on another planet." Read more tips from an Australian living in New Delhi.

►See Culture Shock in India for more on local customs

Are you an expat living in India?

Expat Arrivals is looking for locals to contribute to this guide, and answer forum questions from others planning their move to India. Please contact us if you'd like to contribute. 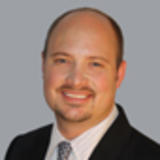