Keeping in Touch in Hong Kong

Keeping in touch with those back home isn't a challenge for expats living in Hong Kong. Famous for being a fast-paced business hub, options for communication in Hong Kong often seem endless. Internet, telephones, mobile phones and postal services are available and easily accessible.

Telecommunications in Hong Kong are some of the most sophisticated in the world and come with high-quality service standards and affordable prices.

Hong Kong is very well connected and internet access is available almost everywhere via broadband, cable, DSL and fibre. If expats are worried about dealing with frustratingly slow speeds, they'll be happy to learn that internet speed in Hong Kong is amongst the fastest in the world.

While internet cafés in Hong Kong are practically nonexistent, there are thousands of public WiFi hotspots throughout the region. Setting up internet at home is just as easy. Although most apartments do not come with internet, the subscription process is simple and there are a number of reputable providers to choose from. Packages vary and some internet service providers will charge based on usage rather than a flat monthly fee, so it's a good idea to shop around.

Unlike in mainland China, there is very little internet censorship in Hong Kong, apart from the distribution of certain incriminating materials, including obscene or pirated materials.

Hong Kong has an extremely high cellphone density rate. Spend an afternoon out and one quickly notices that if someone is old enough to talk, then they’re old enough to have a mobile phone in Hong Kong. Most people rely heavily on smartphone apps such as WhatsApp or LINE and, as such, smartphones are so ubiquitous in Hong Kong that it is actually an inconvenience if somebody doesn't have one.

Similar to the West, phones are often given for free or at a reduced price when signing a new contract, and almost all plans in Hong Kong start on a two-year basis. Expats can easily sign a mobile contract, often with nothing more than proof of address.

For those wanting a mobile phone while in Hong Kong but not wanting to be bound to a plan, most companies also offer prepaid SIM card options, which can be bought from many convenience stores. Buying a SIM card locally will be the cheapest and easiest way to make calls.

Landline telephones are not as common as mobile phones in Hong Kong but can be installed if needed. Most telephone landlines in Hong Kong are managed by PCCW, which will need to activate the line in order to use it.

Postal services are very reliable in Hong Kong. If sending post within Hong Kong, it will generally be received within one working day. International shipping costs are reasonable and generally less expensive than in the US.

There is an abundance of cable television channels in Hong Kong. Cable television is cheap and leading companies offer the option to add on popular foreign channels for a nominal monthly fee.

Are you an expat living in Hong Kong?

Expat Arrivals is looking for locals to contribute to this guide, and answer forum questions from others planning their move to Hong Kong. Please contact us if you'd like to contribute. 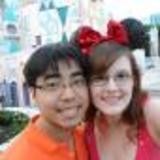 Beth got her first taste of travel when she studied abroad in Japan during her final year of university. She ended up loving Asia so much, she found herself moving right back upon graduating. Armed with her camera and a passion for travel, she is currently on a mission to photograph the world -- proving that you can work the normal “9-5” and still find time to travel. Follow her adventures on Besudesu Abroad.