Getting Around in Beijing

Expats will find getting around in Beijing to be cheap and convenient at the best of times and claustrophobic and dangerous at worst.

Many find that their definition of what is within "walking distance" changes dramatically upon moving to Beijing. Suddenly, a few kilometres is not a long walk. Getting places on foot – or with a combination of walking, riding buses and the subway – is not only possible but is quite common and is generally safe.

Regardless, plenty of public transport options are readily available for those averse to life as a pedestrian, and for the very brave it's also possible to drive a car.

The city is built around five "ring roads" – highways which make basic circles around the city centre, each farther out than the last. Currently, most areas outside of 5th Ring Road are considered quite far from the actual centre, though they are technically still a part of Beijing. As expected in a city of more than 20 million people, heavy traffic is commonplace throughout, but new government regulations have been working to curb congestion.

Subway and bus lines are the primary modes of public transport and run throughout the city and into the outskirts of town. The standard of these systems is high, and they are constantly being improved. A prepaid, rechargeable Yikatong card can be purchased for regular travel on the subway and buses.

The subway is quite easy to use, with clear maps (in Chinese) and signs in English and Pinyin (Chinese characters written out phonetically). The biggest difficulty for expats on the subway tends to be the crowded cars, especially during rush hour.

Buses can be slightly intimidating since the routes are more complicated and less clearly marked, but signs in Pinyin as well as in Chinese characters are becoming more common.

Learning the bus system will involve a bit more trial and error than learning the subway or taxi systems, but the price makes it a worthwhile adventure. Buses in Beijing operate on standard fares depending on the distance travelled, but discounted rates are available with a Yikatong card.

Taxis are also readily available in most areas. There is a base fee charged for a 1.8 mile (3 km) taxi ride and additional charges are incurred for additional distances. Expats should note that rates are inflated after 11pm.

Taxis are quite easy to use as long as passengers know where they are going or have it written down, although some drivers will occasionally try to con seemingly unsuspecting foreign passengers.

Cabs are also the only form of public transport available at any time of the day or night in Beijing, but commuters should be aware that the number of cabs on duty decreases at night, unless the passenger happens to be in close proximity to a well-known late-night hotspot.

Peddle cabs are available at various places around Beijing. These are basically boxes on wheels, sometimes petrol-powered and sometimes simply human-powered, or rickshaws with seats behind a bike. Passengers should be absolutely sure to negotiate their price before riding in these, especially if they happen to be at a tourist venue. In non-tourist areas, these can be as much as half the price of a short-distance cab.

It is recommended that expats take a bit of time to learn the traffic patterns before deciding to drive in Beijing for themselves. Those who do decide to pursue a Chinese driving licence will need to navigate through a fair bit of bureaucracy and pass a test that is relatively simple, but that can be quite odd in translation.

Most expats do not require a car, but some choose to get one for more independence and the ease of transporting groceries and children.

Many expats choose to own bikes, be it a pedal bicycle, electric bike or a petrol-powered scooter. There is a great variety and many do not require a licence, but new riders will definitely want to invest in a good lock. Locking one's bike to something immovable is crucial; bicycle theft is rampant in Beijing.

Are you an expat living in Beijing?

Expat Arrivals is looking for locals to contribute to this guide, and answer forum questions from others planning their move to Beijing. Please contact us if you'd like to contribute. 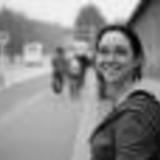 Kara Banker is an expat writer based in Beijing, China. Along with her husband, she maintains a blog for expats taking their first steps into life in Beijing, and she's written articles for The Beijinger and Youth in Asia.  She is currently putting the finishing touches on a newcomer’s guide for those just off the plane to Beijing and will be releasing it in the very near future. Find out more at www.themiddlekingdom.org.