Expats hunting for accommodation in New York City should prepare themselves for an adrenaline-driven experience marked by cut-throat competition.

In general, buying, renting or finding any type of housing can be difficult and expensive. Prices are high and competition for apartments in New York City is fierce. Expats should start the search as soon as possible to give themselves the best chance of securing a suitable place.

There are numerous housing options in New York City. Anyone moving to the Big Apple is sure to find something that suits them – providing that their budget allows it. Below is a breakdown of the types of property available in New York City.

Constructed prior to World War II, pre-war buildings are known for their quality of craftsmanship, attention to detail and architectural splendour. Some still employ an elevator operator and may provide a doorman and laundry facilities.

Anything built from the late 1940s to the mid-1970s is referred to as post-war property. Almost all have elevators and laundry facilities and many have doormen. Post-war buildings generally have larger windows.

These properties are usually less than ten years old. New buildings tend to be quite luxurious and often feature marble or tile bathrooms and state-of-the-art granite kitchens. Many of these buildings are newly constructed high-rises containing a variety of amenities, including laundry facilities, valet and maid services, health clubs, swimming pools, lounges and parking facilities.

Constructed in the early 20th century, a walk-up is a three- to six-storey building. As the name implies, they do not have an elevator. Most also don't have laundry facilities. There is no doorman, and security is generally a locked double-door with an intercom to let in guests.

The term 'brownstone' was derived from the brown sandstone materials used in the construction of single-family homes in the early 20th century. Brownstones usually have a street entrance to the ground floor half a storey below street level. The ground level itself may have a garden behind the house.

Built as upscale private homes, townhouses usually offer amenities that are more associated with a house than an apartment such as private backyards, terraces, fireplaces and other charming details. Townhouses are mostly found in the suburbs, away from downtown New York.

These are usually commercial buildings that have been converted into residential dwellings, characterised by tall windows and an open living space. Many have self-service elevators and were originally created for artists.

Factors to consider when looking for accommodation in New York City

New York City is separated into five distinct areas or boroughs – Manhattan, Brooklyn, Queens, Staten Island and the Bronx. Manhattan is the central borough accessible by bridge or tunnel, while the others are the outer boroughs. Although many expats would prefer to live close to their workplace, the main business district of Manhattan claims the most expensive real estate and has few options for family-sized accommodation.

Even neighbouring boroughs outside Manhattan – like Brooklyn – have started advertising property with sky-high prices, although properties here usually offer more space than one would find in the centre of New York. Striking a balance between location, type of accommodation and affordability can be tricky.

When moving to New York, commute time is another essential consideration in choosing a location. The city has extensive public transportation, but there are still a few noteworthy limiting factors. Subways can be crowded and rerouting is a common occurrence, especially on weekends. On the other hand, commuting into the city by car will result in up to an hour wait to get through the main tunnels during rush hour, and parking is either impossible to find or extremely expensive.

Expats wanting to live in New York are advised to hire an agency for help. They charge anywhere from a month's worth of rent to the equivalent of 15 percent of a year’s rent. It's possible, but rare, to find accommodation in New York without the help of an agent. In some cases, landlords are willing to take on agency fees, but this is unusual and may be due to the landlord wanting to fill the dwelling quickly. Possibly the building is new and needs tenants, or the apartment has been hard to rent because of undesirable features. On the other hand, high-end luxury apartment owners sometimes hire and pay for a broker themselves so that the tenant doesn't have to. Househunters will need to weigh up the benefits and drawbacks, should they come across such a case.

Young single expats might consider sharing an apartment in New York. This is not only a great way to save money, but also allows new arrivals to meet people and create a larger social circle. Online property portals are a great way to find house- or flat-share options and finding a flatmate online can eliminate agency costs.

Prospective expat tenants should be ready to prove their financial capacity with pay stubs, bank statements, income tax returns, a letter of employment and a refundable security deposit, among others. A credit check will also be conducted – expats new to the US won't yet have a credit history in the country and will need to instead provide a personal or institutional guarantor.

By law, the deposit is limited to one month's worth of rent and must be returned within 14 days of the end of the lease.

A typical lease is for 12 months. It's possible but difficult to find shorter-term leases in the city. They also tend to be more expensive.

The inclusion of utilities like heat, electricity and water in the rental price will vary from lease to lease. Prospective tenants should ensure they understand any extra costs on top of rent.

►For more on the city's neighbourhoods, see Areas and Suburbs in New York City

"Housing is, like everything else, expensive. But there is a huge number of options. We love our apartment on the Upper East Side because it’s very light and comfortable, and has great communal areas. It’s also furnished, and beautifully so, which is a real bonus. That’s quite unusual. We looked at 35 apartments before moving, and the one we loved the most was the only one that was furnished." Read more about British expat Jayne's expat life in NYC.

"Housing is abundant but incredibly expensive. You will need to adjust what you have in your mind after watching Friends or Sex and the City. Apartments are generally small, lack storage, and are surrounded by other people." Australian expat Josh shares his experiences in his expat interview about NYC.

Are you an expat living in New York City?

Expat Arrivals is looking for locals to contribute to this guide, and answer forum questions from others planning their move to New York City. Please contact us if you'd like to contribute. 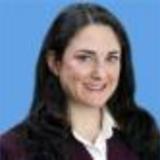 I am a Culture Transition Specialist, helping Expats, Professionals, and Trailing Spouses to transition cultures after relocating. I help clients through the social, personal, and professional adjustments that often accompany a move - domestically or internationally. For more information about how I can help you feel at home visit my site at www.culturetransition.com. I am a New York Native, have lived here most of my life, but have also had the pleasure of living, working, and studying in France, England, Switzerland, Italy and Washington, DC, as well as the fortune to travel much of the world and experience culture transition first-hand.