Canada's biggest city also has a large foreign-born population, and each and every one of the areas and suburbs in Toronto is a testament to its ethnic and cultural diversity.

The city’s vibrant downtown core is a robust mix of commercial and residential property, making it a relatively safe place to live, play and work, especially when compared to other major North American cities. However, expect to pay a premium for condos and houses in the area.

Still, for those who can’t quite afford property within Toronto proper, there’s a healthy choice of outlying commuter towns that offer lower prices and a longer, but reasonable, drive into the city. Getting around Toronto isn't too difficult so the drive shouldn't put people off.

Expats should keep in mind that there are many other neighbourhoods to discover and explore. It is important not to rush the process of finding a home in Toronto. New arrivals should do adequate research in order to ascertain which areas and suburbs of Toronto are best suited to their individual needs, family situation and lifestyle.

York Mills
This was once a heavily industrial area but is now one of the city’s most affluent neighbourhoods, with luxury condos and gracious homes. A GO Train station plus its proximity to major roadways like Bayview Avenue, Don Valley Parkway (known as the DVP) and Yonge Street make it a favourite of commuters.

Glen Park is home to large numbers of Italian and Orthodox Jewish families and new immigrants from around the globe. The neighbourhood’s well-known public school is very popular as well as a lower-income pocket close to the Allen Expressway.

Thanks to its wide selection of schools, Bedford Park has become a destination of choice for families with small children. They also appreciate other amenities such as good transit, a local library and plenty of playgrounds.

North Toronto is located in one of the city’s fastest growing areas, and one targeted for city redevelopment. Families benefit from the selection of schools and access to parks and other facilities. Meanwhile, at the intersection of Yonge and Eglinton, towering condos and lively shopping and entertainment options create a vibrant urban atmosphere.

With its proximity to University of Toronto campuses, the Annex is a favourite of white-collar and creative professionals who appreciate its casual, artsy atmosphere. Its bars, bakeries, cafés and pubs make it a particular favourite of students.

This is one of the city’s most exclusive and attractive neighbourhoods, one adorned with dignified mansions, tree-lined streets and prestigious private schools.

Yorkville is a glamorous yet charming neighbourhood, popular with visiting celebrities and locals alike. It is famous for its “Rodeo Drive” style shopping, four-star hotels and gourmet eateries, all within walking distance of stunning Victorian-era homes on quiet streets. Available residential properties in Yorkville are hard to come by and extremely expensive.

King West Village is an area which is experiencing rapid growth. This newly hip neighbourhood is a favourite with young singles and couples, thanks to its proximity to downtown office buildings and an array of pubs and nightclubs. Drawing favourable comparisons to New York's vibrant Soho neighbourhood, it also has the honour of each year hosting the celebrated Toronto Film Festival.

Harbourfront is known for its plentiful condos with stunning views of Lake Ontario. City dwellers congregate there from all over Toronto to enjoy a breezy stroll by the lake, take a ferry to the Toronto Islands and visit Harbourfront's many antique stores, restaurants and galleries. Harbourfront is one of Toronto’s main cultural centres. Add to that, the architectural flair and unbeatable location make it a highly desirable area to live.

West End (including York and Etobicoke)

This part of Toronto was a one-time industrial and commercial area run through with railroad tracks. Today it is increasingly popular as a residential area, with the construction of townhouses and lofts. It is enviably close to High Park, good shopping and the subway (although many residents are also avid cyclists).

One of the city’s most affluent areas, with mixed-use properties along Bloor and Dundas Streets. Large lot, single-family detached Tudor homes on the side streets give the neighbourhood the look and feel of a quiet English village. In addition, older apartment buildings stand alongside newer condominiums near the Old Mill subway station.

This is a place appreciated by higher income families thanks to the plentiful parkland, old world charm and picturesque beauty of the area. It stands along the banks of the Humber River yet is close to plentiful shopping in Bloor West Village.

Leaside is always in high demand. In addition to a good selection of schools, it is known for its family-friendly parks, good public transit and handy shopping. Housing prices reflect this, with home buyers coming mostly from upper-middle-income families.

This is one of the most coveted addresses in Toronto, with charming one-of-a-kind old homes beside Lake Ontario rarely becoming available. It has been said that the community looks more like a lakeside resort town than a big city neighbourhood. Residents and visitors stroll along the boardwalk beside the beach and enjoy shopping and dining along Queen Street East.

Established as an artists’ colony in the 1920s, Guildwood is now an up-and-coming yet quiet family neighbourhood with a 1950s and '60s suburban feel. Residents can walk to the lake in minutes, and get to Union Station by GO Train in under half an hour.

Nearby communities in Toronto

The Greater Toronto Area (GTA) is the largest metropolitan area in Canada. Naturally, Toronto is the central city, and it is surrounded by the four regional municipalities (Durham, Peel, Halton and York) that collectively make up the GTA.

Toronto is arguably the most desirable place to live in the region, but housing costs prevent many people from settling in the city proper. That is why Toronto residents have one of the world’s longest commuting times, at almost 90 minutes to and from work each day. The suburbs and 'commuter' or 'bedroom' communities within driving distance of Toronto and the GTA are popular with families. They feel they can get “more house for their money” while still being able to work in the city and enjoy Toronto’s many leisure activities.

►Accommodation in Toronto tells you more about the city's property market

Are you an expat living in Toronto?

Expat Arrivals is looking for locals to contribute to this guide, and answer forum questions from others planning their move to Toronto. Please contact us if you'd like to contribute. 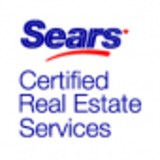 I am a Broker of Record and real estate expert for Toronto and Vancouver. Website: www.searsrealestate.ca