Moving to the Algarve

Expats have been moving to the Algarve for decades for the abundance of warm sunshine, the top-class seafood and the slower pace of life. Located on the southern coast of Portugal, rich valleys and picturesque beaches have made this region a popular choice for retirees.

Although the cost of living has started to catch up with other European destinations, the Algarve still has much to offer for those seeking a new life in the sun. There are thousands of foreigners in the area. Those who make the effort to integrate with their local community and learn the language are usually welcomed with open arms.

World-class private hospitals and international schools suitable for expats and their kids are scattered around the region, and state options exist too. It should be noted that the public institutions are comparable to the facilities offered by other European countries, and can be inconsistent in quality. Whether or not an expat qualifies for these facilities depends on their personal situation and where they're moving from, so thorough research is always required.

Expats moving to the Algarve should be cautioned about the stagnant state of the economy. There's a lack of job opportunities in the region. If one doesn't speak Portuguese the chances of finding employment are low.

Expats should also be prepared for some degree of culture shock, especially when it comes to the glacial pace at which life is lived. Bureaucracy can be painfully slow. Difficulty in dealing with town halls and government departments can be a source of major frustration.

The other downside to be aware of is that the Algarve, particularly the central area, gets extremely busy in July and August. Residents often comment that it feels like a completely different place at these peak times. Apart from these points, though, expats moving to the Algarve are in for a treat.

Expats will find that getting around the region is straightforward and inexpensive. This is facilitated by the abundance of low-cost airlines that fly in from other European destinations

Life in the Algarve runs at a slower pace. Its pleasant climate and beautiful natural scenery allow residents to enjoy a great outdoors lifestyle. However, locals in the region can also be very traditional. One will only need to go ten miles into the hills to witness families living self-sufficient lifestyles that differ little from decades ago. Overall, expats who aren't dependent on finding local employment will find that the Algarve has much to offer.

"I love the markets, the fresh vegetables and how nice and laid-back the people are." Read more of Sarah's expat experience in the Algarve.

Are you an expat living in The Algarve?

Expat Arrivals is looking for locals to contribute to this guide, and answer forum questions from others planning their move to The Algarve. Please contact us if you'd like to contribute. 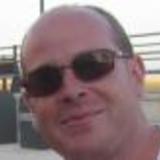 Benny moved from south London to southern Portugal in 2009 and adores the slower pace of life in the Algarve. When not enjoying the local wine and cuisine or splashing around in the Atlantic, Benny runs two successful blogs about life in Portugal and works as a freelance IT and web consultant.
Have a look at Moving to Portugal and  Food and Wine Portugal to see how he spends his days in the sunny Algarve.