Kazakhstan is still seen as a rather unusual expat destination, and there are very few online resources or even guidebooks to help prospective expats prepare for their new life. This little-known country – famous in the past for a nomadic lifestyle marked by camels and yurts – has now become a regional economic superpower with modern cities to match, while the remnants of the older way of life can still be seen in the villages out on the steppe. Expats moving to this gargantuan country will likely experience some degree of culture shock in Kazakhstan, though less so in its major cities.

While Russian is acknowledged as the ‘language of business’  in Kazakhstan there has been a push to increase the use of Kazakh and to re-introduce lost traditions in the country. Most expats working in Kazakhstan will need to learn Russian as this is universally understood in the workplace. However, even a few words of Kazakh will be highly appreciated by locals.

Although there is some discussion about altering the alphabet and moving the Kazakh language over to Roman script, both Kazakh and Russian are written in the Cyrillic alphabet. This can seem a little daunting on arrival but it makes sense to learn the letters as quickly as possible. This helps expats adapt to life in Kazakhstan through language acquisition and is useful in everyday situations, such as understanding menus in a restaurant or signage at the supermarket.

Most Kazakhstanis are keen to learn English and there is no shortage of opportunities to learn Russian and/or Kazakh through a language-exchange agreement.

The post-Soviet bureaucracy in Kazakhstan is highly developed, confusing and often frustrating to both expats and locals alike. The bureaucratic nightmare, more than anything else, is often the biggest cultural shock for expats arriving in Kazakhstan.

Most officials may deal with expats only infrequently and therefore may not be aware of the exact requirements to fulfil a particular request, for example to register a car to an expat owner. Therefore, it helps to research the exact requirements before meeting with the relevant authority and bringing along evidence of what is required.  Remain polite at all times and keep a sense of humour and you will find most people willing to do their best to help.

Kazakhstanis want to be perceived to be helpful and always avoid letting people down. The Soviet legacy also means that people's roles within an organisation are very heavily defined with a clear chain of responsibility.

This combination means that people will often avoid giving a negative answer to any question and will simply ‘table’ difficult issues hoping that they will be resolved by someone else. This can be very frustrating for the newly arrived expat and therefore adapting to Kazakhstani business practices can be a challenge. Make an effort to understand the structure of any business, who is responsible for what areas, and address all queries to the appropriate person.

People can appear superficially rude on the streets, so do not expect people to hold open doors or help carry a pram. However, expats will soon see that this is very much a superficiality, as Kazakhstanis are extremely friendly and very hospitable.

New arrivals should not be surprised if they get invited to the home of a Kazakhstani they’ve recently met. If invited for a meal it is polite to bring a small gift for the hosts and to try a bit of every food offered.

Family is very important in Kazakhstan; elders are respected as wise and knowledgeable and children are cosseted and adored. The idea of a child-free wedding or celebration would be anathema in Kazakhstan, so expect to see children at all large events from weddings to New Year’s Eve parties. Do not be surprised if invitees bring young toddlers to an evening meal.

Kazakhstan is a secular state, home to people of many different ethnicities. Kazakhstanis are proud of the diversity of their population and the country strives to promote peace between religions worldwide.

There is freedom of worship but expatriates should not proselytise. The majority of the population (about 70 percent) are Muslim with the second largest religious grouping being Christian.

Alcohol is freely available, although imported wines are extremely expensive. Pork is also available, but only at certain stores. Furthermore, pork products are kept separate from the other meat products. Most Kazakhstanis will enjoy a drink or, if not, will not object to expats drinking. When inviting people for a meal do check their dietary preferences beforehand to ensure that they can eat the food being served.

►For an overview of the best and worst aspects of expat life in Kazakhstan, read Pros and Cons of Living in Kazakhstan

Are you an expat living in Kazakhstan?

Expat Arrivals is looking for locals to contribute to this guide, and answer forum questions from others planning their move to Kazakhstan. Please contact us if you'd like to contribute. 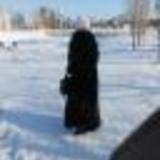 I am a 30-something global soul, a perpetual expat. I was born in the Netherlands to a Dutch/Irish Family. Since then I have lived in Norway, Nigeria, Turkey, Venezuela.  I went to school and university in the UK and settled there for some years, married an English man and had a very normal English life for a few years. Then we decided to have an adventure and took our children and the dog to live in Kazakhstan. Blog: www.ersatzexpat.blogspot.com