With its unmatched diversity and a contrasting character that can both be enthralling and mystifying, expats may encounter some culture shock in India. Its hot and humid climate, muddled traffic blocks and hodgepodge of overexcited hawkers and guides are a lot to handle initially.

That said, if expats can be patient and give themselves some time to adapt, it’s likely they’ll look at the country in an entirely different light as time passes. India presents immense opportunities to open up socially. Hospitality is encouraged from an early age and expats are often surprised to see the extent to which Indians are helpful and always ready to mingle.

In a nutshell, the country welcomes all with warmth. It just takes some effort and understanding to become comfortable with the attitude and approach of the locals. After all, its vast diversity is one of India’s most attractive qualities.

Getting things done in India can take a lot longer than it would in the West. Processes often seem inefficient and time-consuming. Expats may find they receive conflicting information depending on who they talk to. It is best to exercise patience and persistence because getting angry won't solve the problem.

Networking and building relationships with locals can help because in most cases having contacts within the right institutions can expedite processes.

Women in India may find that patriarchal attitudes can be all too common. That said, this is far less apparent in larger, more cosmopolitan cities like Bengaluru, Delhi and Mumbai.

Still, women living in India may find themselves the target of unwanted attention, particularly when visiting crowded places, local markets or smaller towns. In such situations, it's best to dress more conservatively and not show too much skin.

The wealth gap in India is massive – slums are side-by-side with skyscrapers and mansions. Poverty is a reality in India and expats will be confronted with it almost anywhere they go.

Expats will get used to being targeted by beggars. The best option is always to ignore them. If one feels compelled to give something, food is always a better option than money. Wherever possible it is better to give to a reputable charity than individuals on the street.

►For an overview of business culture, see Doing Business in India

Are you an expat living in India?

Expat Arrivals is looking for locals to contribute to this guide, and answer forum questions from others planning their move to India. Please contact us if you'd like to contribute. 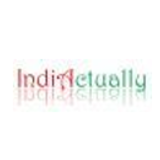 Originally from Agra, the 'city of Taj’, Davashish Srivastava brings forward his journey across all the states of India to highlight what IndiActually is. He believes that India is a destination with a glorious past known for hospitality but underperforming the same in present. Davashish contributed his bit to IndiActually to make sure that India regains its recognition as the country where guests are treated as gods. For Davashish, travelling is not recreation; it’s a reason to live.