Culture shock in Hong Kong may not be as traumatic as new expats would expect, especially if they’re from an English-speaking country. Hong Kong is a former colony of Britain and, as a result, the locals’ English proficiency is high. Moreover, the religious and cultural tolerance of those living here is quite broad.

Hong Kong has a population of more than 7 million people, so the crush of the populace can be daunting, especially for those who have relocated from a small- or medium-sized city. Then there are certain things in Hong Kong that are just plain different, and even the most well-travelled expat will need some time to adjust.

Hong Kongers are usually Cantonese- and English-speaking, with some degree of fluency in Mandarin. However, this bilingual nature actually makes it rather difficult for expats to pick up any Cantonese; people will insist on speaking English just because somebody looks like a foreigner.

There are many unspoken rules in Hong Kong, and it helps to recognise that new arrivals need to give themselves time to learn these things as they go. In particular, the way in which people manage the space around them is something that takes some getting used to. For example, Hong Kong locals may stand closer when in conversation than expats might expect. However, they are generally a reserved people and this is not an invitation for bodily contact.

When interacting with locals, expats in Hong Kong should be aware of the concept of "face". Face is an intangible quality that represents a person's dignity and reputation. One can save face, give face, or lose face. Expats should never embarrass, insult or contradict someone in public as this would cause them to lose face. Face can be given by complimenting and showing respect to locals in a sincere manner.

Tea is an important part of life in Hong Kong and expats will find that it is a constant at all kinds of social gatherings, big and small alike. An empty or partially empty teacup is sure to be refilled almost immediately, and when pouring their own tea, expats should fill up the cups of their fellow tea drinkers, too.

Food in Hong Kong is often served in a communal style, with several different dishes placed in the middle of the table. There is some ritual surrounding dining practices in Hong Kong, although expats will most likely encounter them only in very formal dining situations. However, some general courtesies include letting the host be the first to begin eating and always leaving something behind on plates and platters. It is considered rude to take the last piece of food and would imply that the host has underfed the guests.

All but the smallest of restaurants in Hong Kong should have knives and forks available as a substitute for chopsticks. However, learning to use chopsticks properly is still a good goal while living in Hong Kong. Some basic chopstick etiquette: expats should not fiddle with chopsticks and, if not currently using them, should lay them down evenly on the chopstick holders provided. It is also important to never stick chopsticks upright in a bowl of rice, as in Chinese culture this has the connotation of inviting death to the table. It is also impolite to point or gesture with chopsticks.

Many people find Hong Kong’s humidity unbearable. The city’s “wet blanket” is most prominent in springtime, and is followed by the extreme heat of summer. Many expats have trouble adapting to the stifling outdoor temperatures, and those that can cope with the rising mercury may nonetheless have problems with the constant indoor flow of air conditioning. All the malls and office buildings blast cool air, so it’s necessary to carry a cardigan everywhere, and those that wear glasses can be sure they will be wiping the fog off their lenses several times a day.

►See Lifestyle in Hong Kong to learn about options for shopping, restaurants and entertainment

Are you an expat living in Hong Kong?

Expat Arrivals is looking for locals to contribute to this guide, and answer forum questions from others planning their move to Hong Kong. Please contact us if you'd like to contribute. 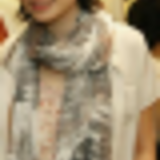 Gillian Chu is a Hong Konger raised Canadian who enjoys lingering around fashion parties and exploring the secret cultural spots around town. If you are moving to Hong Kong or you are just dropping by for a holiday, check out her blog, for some insider’s tips.