Fiji's culture will likely be very different to that of most expats' country of origin. Fijians are generally very friendly and hospitable. However, foreigners may attract some unwanted attention in rural areas – this is mostly harmless and simply shows curiosity on the part of locals.

As is always the case for expats moving to a new country, new arrivals in Fiji will have to get to grips with hearing a new language and being exposed to local traditions and culinary delicacies. However, the most significant elements of culture shock in Fiji will likely stem from religion and politics.

Fiji has a very religious culture, and there are churches of various denominations throughout the archipelago. Over half of Fiji's population is Christian, with the Methodist Church commanding the largest congregation, followed by the Catholic Church.

Expats who do not hold strong religious beliefs will need to be very careful not to offend local Fijians. It's also important to dress modestly, keeping shoulders and knees covered. This is especially important when visiting religious sites or traditional villages.

Recent Fijian history has been dominated by a number of military coups, the most recent of which happened in December 2006. In 2013, a new constitution was introduced, and general elections were held in 2014. While the country is considered stable, expats are advised to stay away from any political protests or demonstrations that may occur.

Expats new to the archipelago may notice that there is little urgency when it comes to time – Fijians will regularly turn up late, both for meetings and social events. In Fiji, this is not considered rude but is simply a part of the culture.

Are you an expat living in Fiji?

Expat Arrivals is looking for locals to contribute to this guide, and answer forum questions from others planning their move to Fiji. Please contact us if you'd like to contribute. 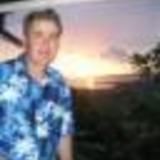 Based in Suva, Fiji, Tony worked for a Development Aid Program from 2008 to 2011. His work required that he travel widely across the Pacific.