Interview with Toni – an expat mum living in Chicago 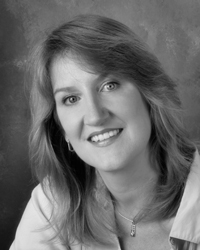 Born and brought up in Tyneside in the northeast of England, Toni has lived in Chicago since 1991, when she moved there with her husband.

Toni is a contributor to Expat Arrivals and the author of 'Rules, Britannia: An Insider's Guide To Life In the United Kingdom'.

A: I’m originally from the northeast of England. I lived there till I was 18 and then went to university in Bristol (southwest England) before living and working in London.

A: I live in downtown Chicago; an area called Lincoln Park, which is urban but very residential. We are within walking distance of the beach yet have all the amenities of a city with everything close to hand. I rarely use my car.

A:  I moved to the US when I married my American husband in 1990. We lived in Dallas for one year as that was where he had been based before he moved to London for three years (where we met.) In 1991 we moved to Chicago and our three children were all born here.

A:  As mentioned, I moved because I married an American who had already moved back to the States from England. My professional background is organisation development and training so I worked in the corporate world till my second child was a toddler. After that, I became a stay at home mother for a while, although also was [resident of the board of the kids’ nursery school. In 2006 I published my book “Rules, Britannia; An Insider’s Guide to Life in the United Kingdom”, and since then have been writing for various expat organisations and women/family web sites. I am also working on my second book, and blog as Expat Mum.

Q: What do you enjoy most about Chicago, how’s the quality of life in America?

A: Chicago is an extremely lively and vibrant city. It has a huge variety of things to do, and places to eat. There are also a lot of ethnic communities and neighbourhoods which makes for a colourful city. When the weather is warm and sunny, everyone spills outside and makes the most of the lakefront, parks and beaches. The various neighbourhoods within Chicago are generally very friendly and, well, neighbourly. Quality of life depends on what you value. If you don’t like relatively expensive, noisy cities, this isn’t the place for you. If you like diversity, atmosphere, lots to do – it definitely is.

A:  Negatives – definitely the winter weather. It can be bitterly cold for three and four months straight during the winter making outdoor activities impossible. Chicago is also a relatively expensive place to live which is a pain. Also, if you’re looking for great topography Chicago’s not your location. It is flat as a pancake with manmade beaches so the only “scenery” is the skyline and architecture. The traffic downtown can also make driving very stressful and tedious.

There are many things I miss about “home” even after almost twenty years. From my favourite foods (good crab, ham and Pease pudding sandwiches, Yorkshire puddings, Cadburys chocolate) to the sense of humour differences, and the smell of an English garden on a summer evening.

A:  Despite the image, Chicago is as safe as any other big city in most areas. For Brits, the idea that anyone around you (in any part of the USA) could be packin' (carrying a gun) is a little freaky, and doesn’t really make me feel safe. There are definitely areas where it’s not safe to wander round at night, but for the most part, you wouldn’t be going there anyway. There don’t seem to be as many senseless stabbings and beatings as I’m hearing about in the UK, although there is obviously more firearm homicide.

About living in Chicago

Q: Which are the best places/suburbs to live in Chicago as an expat?

A: This is quite a loaded question. There are definitely two camps of people – those who wouldn’t even consider the suburbs and those who wouldn’t live in the City. As a new expat, it’s important to research the suburb you are considering, as they can be fairly isolated and far from Chicago if you commute to work or just wanted to visit at the weekend. If you’re considering the city, make sure you’ve done your homework on the neighbourhoods, especially if you have to commute out to the ‘burbs, which many people do. Although Chicago isn’t a huge city, freeway routes and train stations to its various suburbs are located all over the city and it can be a pain if you don’t live anywhere near where you need to be.

Q: How do you rate the standard of accommodation in America?

A: It depends where you live. Although the entire Chicagoland area is expensive compared to some parts of the country, prices vary considerably within. As long as you’re not expecting to find a downtown apartment for less than about $800 per month, there is a rental to fit everyone’s budget. BTW, in Chicago, they are referred to as “flats” and “apartments” when they are rented, and “condos” when you buy them.

Q: What’s the cost of living in the US compared to England? What is cheap or expensive in particular?

A: For some things (like large electrical appliances, food, gas/petrol and cars) Chicago is cheaper than England. House prices, while not as high as central London, are definitely higher than many parts of England. Private school fees are the same, ie. expensive.

A: I mix with a few expats, but they tend to be a fairly transient lot so sometimes I see a lot of them and other times, none at all. I don’t seek out too many expat groups, but then I’ve been here a long time and I have three children to keep me busy. There are a lot of expat groups around though, so if that is what you wanted to find, you’d have no problem. I would especially recommend that if you’re moving to the suburbs as many expats find it quite isolating at first.

Chicagoans are very friendly. Although a lot of young professionals weren’t actually brought up here, they are very attached to Chicago and love living here. Mid-westerners are actually fairly salt-of-the-earth people so you don’t meet the same amount of eccentrics that you might in say, New York City or LA.

A:  For me, yes. I met people through work, then when I did a Masters degree at Loyola University, and after that when my children started nursery school and “big” school. I also have some great neighbours with whom we socialise on a regular basis. There are a lot of pubs (think “Cheers” if you can remember that far back) where locals congregate, so it’s easy to find people to talk to and socialize with.

About working in Chicago

A:  When I married my husband, my visa application was lost so he had to come back to the States without me for a month. Once I had that visa however, I was eligible to work immediately. People who come over as spouses of expats however, usually aren’t eligible to work for a while which can be a problem. They also aren’t able to obtain a social security number which you need to open a bank account, obtain a driving licence and so on. I have several friends for whom this was a big problem at first.

Q: What are the schools in Chicago like, any particular suggestions?

A:  That depends where you live. Many people move to the suburbs because they regard the state schools as better than the equivalent in the city, and they don’t want to or can’t pay the private school fees. (I should warn though, that often, the property taxes are so much higher in the suburbs that you end up forking out the equivalent of school fees anyway.)

My local state school is very good, but many in the city aren’t as good as the suburbs. If you are moving to this area with children, the school question should be high on your list as it could determine where you will live.

The private school system in Chicago is very competitive. Demand for spots at these schools is disproportionate to the number of student spots available and families often have to apply to numerous schools in order to get in somewhere.

In general, American state schools are huge and here, it’s not unusual to have thousands of children in one grade, particularly in high school, which is the last four years of school.

Q: How would you rate the healthcare in Chicago?

A: Specific to Chicago, there are some excellent hospitals in the area, many of them being leaders in particular fields. The entire US health care system is very different from other countries and can come as a shock to expats. Most employers offer health care coverage as part of a compensation package, and it’s important to go over the options in detail. A lot of things are very different here, for example, while an ambulance will take you to the nearest hospital in an emergency, your health insurance may not cover your treatment when you get there, leaving you with an enormous bill. In addition, doctors often drop particular health insurers, meaning that you will need to find new ones in order to be reimbursed for treatment. If you have any doubts, call the hospital or doctor in question and ask which insurance plans they will accept, then call the insurance company and double check these facts.

A:  Yes, and I’m writing another book about it all! Seriously, there are so many areas to cover it would take hours. In general I would adopt the attitude it’s “not wrong, just different”. Don’t assume that the way you did it has to be the right way, even down to grammar. This country split from the UK over 200 years ago; the language often developed in a completely different direction and a lot of the vocabulary isn’t from English. If you spend your time making comparisons, it can be a very negative experience.

Are you an expat living in the USA? We'd love to hear your story. Contact us at info@expatarrivals.com.