Interview with Odessa - An American expat living in Romania

Odessa is a Louisiana native living in Romania. She moved there in 2004 with her husband and three young children. Odessa wanted her children to grow up in Romania and learn the value of hard work and the importance of family. In her spare time Odessa writes about her life in Romania on her blog, Rants, Raves and Faves. 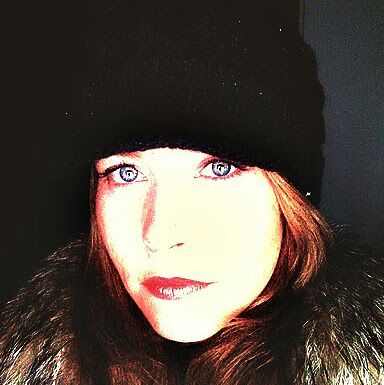 Q: Where are you originally from?
A: Baton Rouge,  Louisiana
Q: Where are you living now?
A:  a small village called Bestepe (besh- tep-ay), which is located in Judetul (State) Tulcea (tool-cha) in Romania
Q: When did you move here?
A:  January 20, 2004
Q: Did you move with a spouse/children?
A:  Yes, my husband; who’s Romanian, and our three kids.  At the time of the move, they were ages six, four and 18 months
Q: Why did you move; what do you do?
A:  Several reasons, mainly to help care for my mother in law who has some health issues. Two; we wanted our kids to know their family here and to gain a better world view and learn how you have to work to get what you want.  Not like the US where it's an instant gratification by way of a debt mentality that seems so pervasive these days.

Q: What do you enjoy most about Bestepe, how’s the quality of life?
A:  We lived in the city of Tulcea for three years. That was nice as everything is within an easy walking distance, but what I love about our house in the country is the peace of nature and growing my own food. The people here are very giving as well.
Q: Any negatives? What do you miss most about home?
A:  Negatives would have to be lack of a good steak dinner. Beef is not a major meat here.
Q: Is the city safe? Are there any areas expats should avoid?
A:  Tulcea is very safe and the only thing you have to be careful of is gypsy kids picking your pocket or coming to your table at a restaurant and snatching your purse.  Never had it happen to me or seen it done, but I’ve been told it's happened.
Q: How would you rate the public transport? What are the different options? Do you need to own a car?
A:  I’ve never used public transportation in the city but it seems reliable. We do own a car and have since our arrival. A car is not a necessity. If you want to travel to another city there are buses that run from like 5am till midnight.
Q: How would you rate the healthcare?
A:  I have no faith in medical care here. I’ve heard doctors say things that were disproved decades ago. Especially in my area. Bucharest has better doctors. Health insurance is a joke... in order to get good service, you got pay the doctors and nurses extra, under the table.

Q: Which are the best places/suburbs to live in the city as an expat?
A:  In Tulcea the area known as E3 is prime. The area known as Dallas reminds me of a ghetto.
Q: How do you rate the standard of housing in the city?
A:  Old. Most apartment blocks are old. People have renovated their own apartments to be more modern, but the outsides are hideous. Landscaping is a foreign concept. There are newer building going up that have nice clean lines and some sense of architectural style. The old buildings are very Stalin-esque
Q: What’s the cost of living compared to home? What is cheap or expensive in particular?
A:  Depends on your income. If you’re working for a foreign company, or if you’re retired and living on your retirement pension you'll be quite comfortable. Otherwise, you'll be struggling just like everyone else here.
Q: What are the locals like; do you mix mainly with other expats?
A: There aren't any expats in my neck of the woods, at least not that I'm aware of.  Locals are very friendly,  and generous.  But like anywhere there will always be a few "Grinches "!
Q: Was it easy meeting people and making friends?
A:  For me, yes, because I met all my hubby's friends.  Then when we moved here to the village one of my neighbours speaks English and she and her family have pretty much adopted me.  As long as you are polite and humble people will step forward on their own to help you and befriend you.

About working in Romania

Q: Did you have a problem getting a work visa/permit?
A: Again. I’m married to a Romanian national, so it was a bit easier for me. However I don't work, at least not for money. Farming and housework keeps me pretty busy! I have residency which gives me authorisation to work.
Q: What’s the economic climate like in the city, is there plenty of work?
A: Like the rest of the world the economy is in the toilet. There are very few jobs here. Most of the people go to other EU countries to work.
Q: How does the work culture differ from home?
A:  It is much more laid back. Customer service is another foreign concept.

Q: Did your spouse or partner have problems adjusting to their new home?
A:  Not really. Kids picked up the language within a month. I was the one who experienced culture shock.
Q: Did your children settle in easily?
A:  Oh gosh yes!! Of course they kept asking why there aren't any McDonalds!
Q: What are the schools like, any particular suggestions?
A: Schools are good. They make sure the kids actually learn and retain information, not just memorize for exams.  They still give Fs here. A kid who has to repeat a grade is shunned.  So my kids really learn their stuff.  For example, in first grade when learning math my oldest had to learn to work the problems out in her mind without using fingers or scratch paper.  She's in fourth grade and already doing algebra.....without the use of fingers, scratch paper, or calculator!!!  I’m impressed mainly because I suck at math!!!

Q: Is there any other advice you would like to offer new expat arrivals?
A:  If you aren't open to new things and always question why they don’t do things like your native country then don't go anywhere. Just stay home.